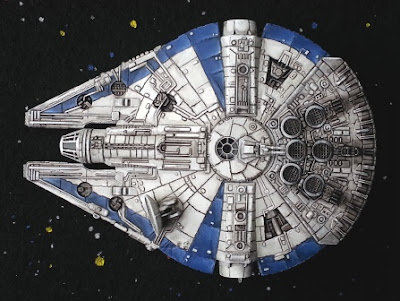 Notes
1.) Three models of this ship were designed by Denobulan shipbuilders. The 1300S model (S for Scout Configuration) has a three-person crew cabin with a head and shower, a single-person bunk in the lounge, and three cargo holds. This model is often referred to as a medium endurance scout because of its two quad cannons and two photonic missile launchers.

2.) The 1300F model (F for Freight Configuration) had its crew cabin replaced with another cargo hold, and further modifications removed the lounge and included the installation of a full-sized bathroom. Four crew bunks are double-stacked inside the main cargo hold. This model was not designed with weapons.

3.) The 1300P model (P for Passenger Configuration) saw the removal of all but one cargo hold to make room for passenger cabins, with three bunks to each room (each having its own head and shower), a lounge area, two crew bunks in the engine compartment, and two escape pods. This model was not designed with weapons.

4.) Any one (or all) of the cargo holds of the 1300S model can be reconfigured as a detention cell. This model was designed primarily as a border patrol vessel and was used exclusively by the military for much of its production run.

5.) Both the 1300F and 1300P models can be reconfigured to include dorsal and ventral quad cannons.

6.) Both the 1300S and 1300F models were designed without designated escape pods. However, the cockpit module is capable of detaching in an emergency for a one-time use as an emergency landing craft.

7.) All three models were also available with multiple cockpit configurations. The cockpit could be located port, starboard, or center to the vessel's midline.

These specifications were taken from Wookieepedia, A Call to Duty Advanced Starship Design Bureau, and the Daystrom Institute Technical Library and may not match other sources. Trekification by me.